I know I've been teasing quite a bit lately about how close I am to the finish. A couple weeks back I mapped out the final seven chapters. Then I kept going and changed a few things here and there and then managed to get self down to five remaining chapters. The chapters kept growing and growing and growing. The chapters at the beginning of the book were averaging 3500 words. By the late middle/early end, we're averaging almost 6,000 words per chapter. I can't help it so much. It's really just where the story takes me. Sometimes it will provide me an early stopping point, other times, there's just too much to do.

Finally, I am in a manageable place. I have two and a half chapters remaining until this book's rough draft is complete. It's a wild ride. I'm not going to lie. Theres a lot of tiny plot points that all come back at the end. Mysteries that you didn't even know needed to be solved will be solved and stuff you had forgotten about in the first couple of chapters becomes entirely relevant and important by the end. Don't say I never warned you.

Tonight. I have officially written more words and more pages than any other work that I have worked on in my life. …and yes, there's still those two and a half chapters to go. I am hoping they go relatively smoothly. There's a lot of action to create for the climax and I just hope the word count agrees with that. I would hate to come all this way and have a four page climax. I think we can all agree, we like our climaxes long and satisfying. 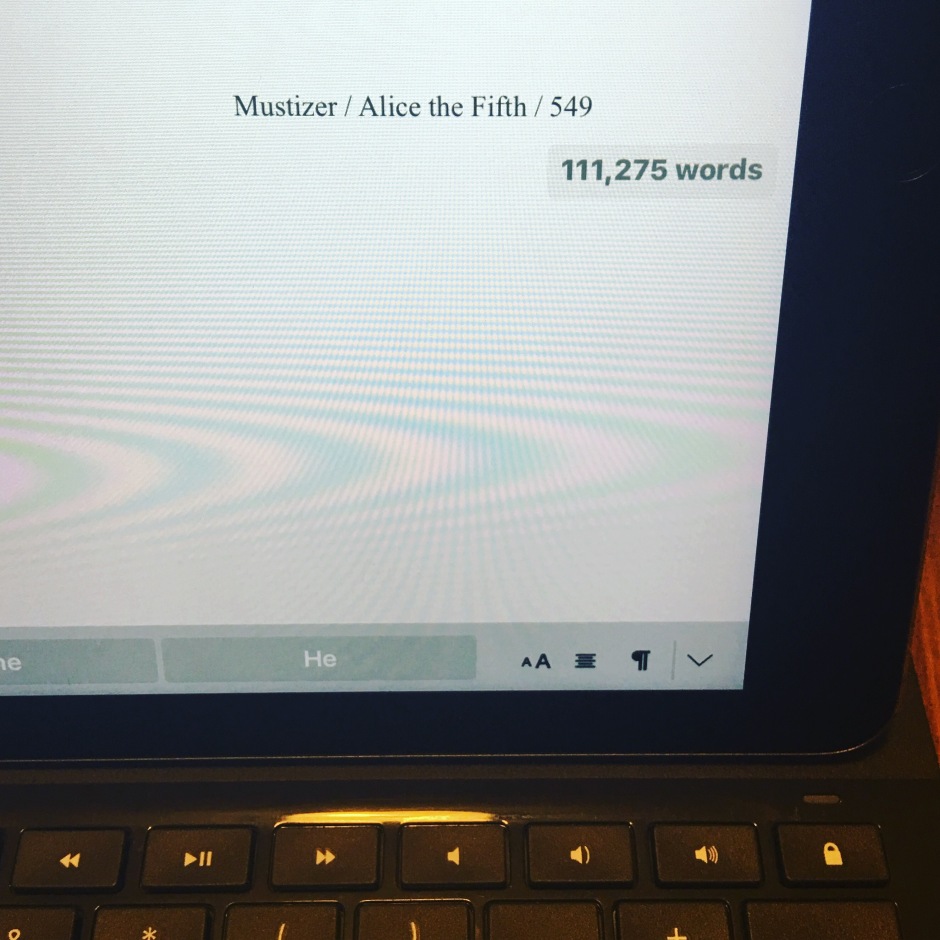 The great thing about being mobile with my workstation, which I realized today, that I have been working on a similarly mobile device for so many years. I would say it dates all the way back to 2002, back before tablets and smartphones and my own little cheap IBM workpad. It wasn't a thinkpad. That was something different. This was a sore excuse for a computer that I somehow managed to write screenplay after screenplay on use because it was portable. Just as I do now. Only now, fifteen years later, it's an ipad with a Logitech keyboard. I am also realizing that I may have to order a few back up keyboards as this one is taking quite a beating from my fast moving fingertips. Aaaanyway, here is a pic of me writing and working on a novel while waiting for the school bus to drop off the little one from summer rec. 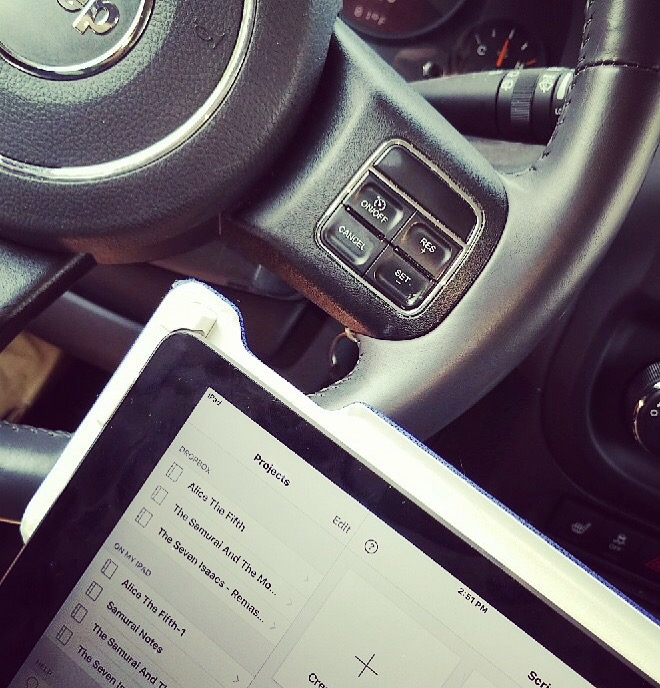