As I grow older, I constantly think of things that I want to impart onto my children.  I have two boys and they’re getting to the age now where I need to start telling them things.  Important things.  As I was in my teens, I realized that my dad had stopped talking to me somewhere around age eight.  It was around that time where he decided he was done playing board games.

Now that I am a little older, I can understand that somewhat.  He was a machine worker.  He worked long hours and worked hard all day.  The last thing he wanted to do was play fucking Hungry, Hungry Hippos and endure that sonic nightmare.  Sometimes I find myself in the same position, sometimes on the other end.  My boys are old enough now that they are online playing video games all day and it’s like pulling teeth to gather everyone around for a family night of board games.

Plus, girls.  They are soon to discover girls.  I was a very late bloomer, and as I said, my dad stopped talking to me period around age eight.  I don’t think there was a serious conversation with me until I was eighteen and they were concerned that I was gay because I liked art and music and didn’t play sports.  I want to be able to have those conversations with my kids before it’s too late.  I was so fucking dumb and shy and awkward when it came to women.  I want them to have it way easier than I did.

So, here I am.  Trying to lay down my words of wisdom.  In no particular order, other than stream of consciousness and what pops into my mind.

Never date a girl with a little dog.

Yeah.  It’s all cute, isn’t it?  It’s a dog in a purse.  She carries it everywhere.  It follows her to the grocery store.  It is adorable.

Here’s the thing.  That dog will ruin everything you own.  Small dogs have small brains.  They will piss and shit everywhere in your life.  They will ruin your floors.  They will destroy your carpets.  They do not know how to ask to go outside.   Every apartment, condo, home you ever own will be destroyed by small dogs.  Flooring is fucking expensive.  Carpets even more.

Second, they bark.  Incessently.   Non-stop.  And it’s not a nice masculine bark or howl.  Small dogs were bred as alarm dogs.  Because they can’t truly defend a home like a nice mastiff or shepherd, they were designed to be alarms in ancient times.  And they fucking bark at EVERYTHING.  It will destroy your sanity.

Now, the power of the pussy is far stronger than the words above.  The right girl and the right time makes all the difference in the world.  But, that little dog will be expensive.  Don’t say I didn’t warn you.

Money will find a way. 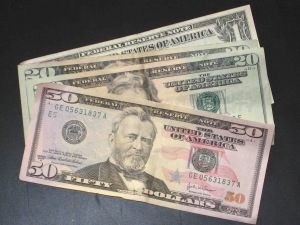 Listen.  Times are going to get rough.  Your car will break down.  Someone will steal your TV.  You’ll get sick and have to go to urgent care three times a year.  Shit’s going to happen and not all of it is fun.

Just know that money finds a way.  I learned this a long time ago.  When times get truly rough, have faith that money will find the way when it is needed for the right reasons.  It’s not always going to be from me.  It’s not always going to be from your mother or your grandparents either.  It’s going to come in seemingly magical ways sometimes.  You’ll somehow get a bonus when you need it the most.  You’ll get a tax rebate that you weren’t expecting.  You’ll land an extra part time gig at the right time.  Just work hard and have faith, the money will find a way.

Listen.  We all stress over it and worry about it and it is horribly debilitating.  As boys and men, we constantly wonder if we are good enough and big enough, because we all want to please the ladies in the right way.  Men, as a species are horribly insecure about the size of their cocks.

What you need to understand is that women love sex as much as we do.  Sex feels fucking amazing.  It’s the best feeling you will ever experience on this planet in your lifetime.  Do it as much as you can, as often as you can, because it’s awesome.  Your partner, he or she will absolutely feel the same.  Size doesn’t matter.  When you start to worry about size, it hampers your performance and when it’s about to go down, you don’t want any worries hanging over your head.

Besides, boys, you hit the lottery.  It’s in your genes.  You come from a well endowed family.  You have nothing to worry about.

Now that you’re having sex…. DON’T HAVE BABIES.  There is a time and place for everything.  Teens and twenties are not the time for babies with some chick you just hooked up with after that party in the field at Timmy Sawyer’s place.   You think little dogs are expensive?  Babies are exponentially higher in cost.  Especially if it’s not with someone you’re going to spend a major portion of your life with.  Child support is no joke.  Yeah.  Money will find a way, but it will find it’s way a lot easier without a child support payment.  Babies will make you stay with the wrong person for the wrong reasons.  Find utter and true happiness first.  THEN plan babies.

You may have heard me say it before.  Don’t get married before age thirty-five.  I know that sounds really fucking old right now, but it’s the truth.  Find someone you love.  Live with them.  Love with them.  When it doesn’t work out, move on.   Then, find someone else.  Preferably in that order.  I truly believe that we aren’t truly at the mental capacity we need to be for marriage until our thirties and have lived and loved and lost.

Divorce is fucking expensive.  If you get married, you WILL get divorced.  It’s becoming more than commonplace.  So, just wait it out.  Make sure you are with the right person.  Living together for years and years is not a sin.

The seven-year itch is a real thing.  If you can survive that as a couple, then get married.  Just know that year fourteen, that itch starts back up again.

Wait to get married.  Marriage is a business partnership more than an exclamation of love.  That is the one thing that no one ever told me.  Remember that.  It’s a business agreement.

Yes.  I used a stock photo on purpose.

Ok.  Now we’re getting into the nitty gritty here.  Boys, don’t say I never taught you anything.

That position right there is the proper technique for getting your hands wet.  In a vagina.

Start nice and easy with those middle two fingers until you’re invited inside with those two.  Palm flat against her, curl them up and in.  Use an up and down motion, not an in and out.  (Well, in and out sometimes for building some tension)

Enjoy your youth.  Alcohol is not the devil. 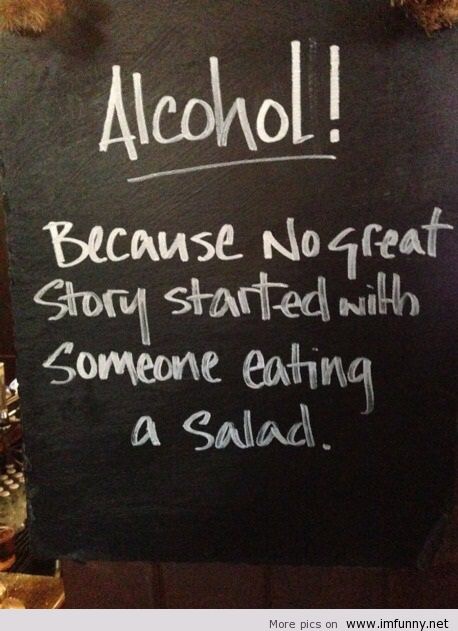 As a growing youth, I built this abstinence mindset when it came to alcohol.  I didn’t want to be like all the other jocks and assholes at school.  When college came around, I did the same thing.

Alcohol can be VERY dangerous and it can be an addictive substance and change the way you are inside.  But, in moderation, it can take away that shyness and give you the strength inside to say and do things you never would otherwise.  Alcohol is a truth serum.

Don’t be afraid of it.  It’s ok to drink.  It’s practically built into our DNA.  Use but don’t abuse.  It’ll help you experience a little more life in a way that I wish I had when I was younger.  I started drinking so very late in life, I feel like I may have missed out on some things that could have been enjoyed and made me a better person in my youth. 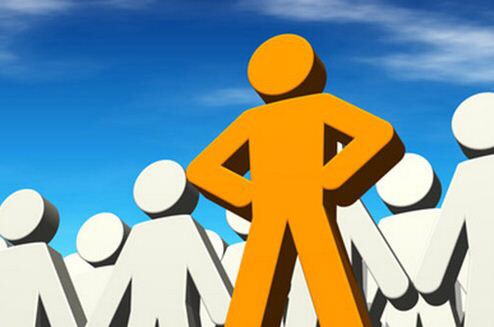 The way to get what you want in life is to be confident.  Don’t stress over the little things.  Don’t be insecure.  It sounds like a simple enough statement but it is extremely difficult to just not be insecure.  But, it is a simple as knowing that everyone is insecure.  Everyone is afraid of everything, just like you.  If you want the girl, you have to be confident that you can get her.  She’s not out of your league, she’s just a person like you.

Don’t be scared of your mom.

Stand up for yourself.  I know it’s hard.  But moms and dads don’t know shit.  None of us do.  It’s ok to tell your mom to fuck off if you don’t want to take up a new after school activity.   You’re getting older.  Don’t be afraid to stand up for what you want and who you want to be.

Don’t try to rush your life. 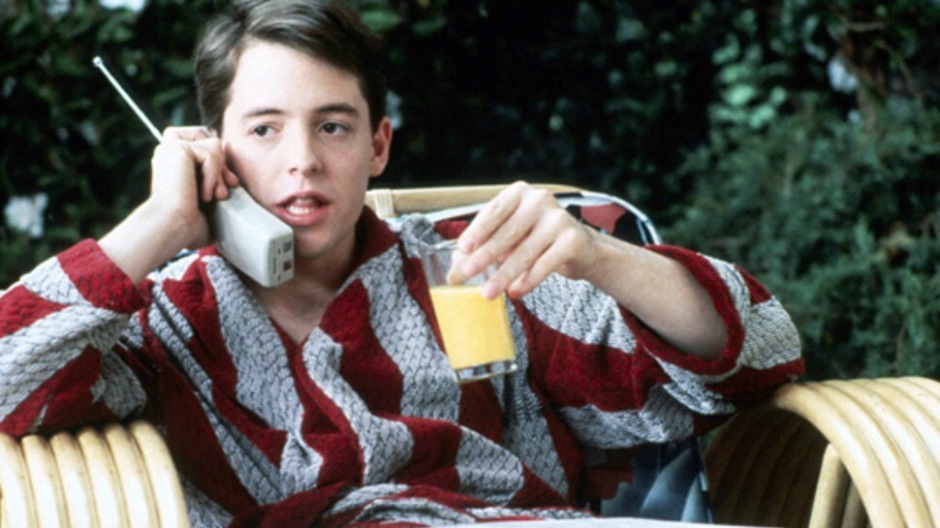 Ferris Bueller said it best.   “Life moves pretty fast.  If you don’t stop and look around once in a while, you might miss it.”

Yearning for fame and fortune will only bring you misery.  Just do what you do best and do it well.  The rest will come naturally when it’s time.   I spent too much time in my younger days making movies to be famous.  When it became less about the fame and fortune, suddenly I was doing it for myself and for the art, I started to make quality products and became relevant.  When you constantly dream of fame and money, it makes your goals too hard to reach.  Set your goals shorter.  Make your milestones a little easier to achieve.  Eventually, if that’s what’s in the Universe’s plan, fame and money will find you.   Happiness from reaching your goals will make you want to make those goals more and more and as time goes on, your hard work will show and… someone will arrive with money and cameras.

That’s pretty much all I have for now.  I am sure I will come up with more as time goes on.