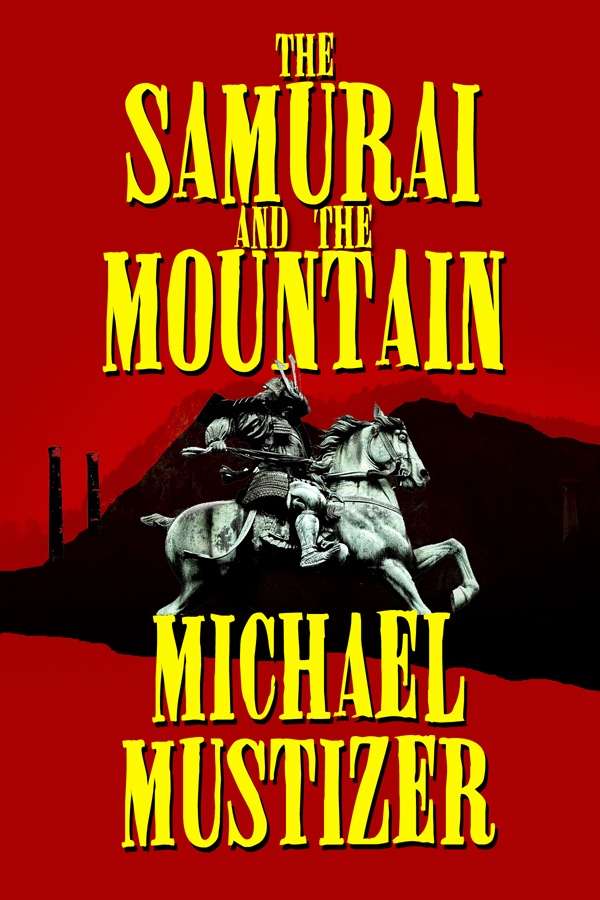 When I am working on a new project, I like to have myself some new, fresh artwork nearby in order to inspire me. I think I’ve probably done this oust about every project over done over the last ten years. All of my movie projects have had logo designs and teaser posters made, often times before I even had the script finished. It’s just another way for me to keep those creative neurons firing throughout the entire process.

Having the artwork nearby gives me a goal. It gives me a vision and it keeps me on task. So, today was no different. Today, I worked on some test cover art for my new novel. As I mentioned before, The Samurai and the Mountain is an offshoot of the script that took me to Japan last year. The novel is more of an in depth historical action piece set in the backdrop of an uprising at the Ashio copper mines at the turn of the twentieth century. I hope this image conveys that. It’s here to keep me motivated and to keep me moving.

I take my time with my cover art and take pride in making work that can stick out from the garbage that indie and self-published authors are using. Your cover is one of the most important pieces of your work. I don’t understand how someone could waste their work on a shitty cover… And not realize that it’s a shitty cover. I think that might be a topic for another day. Perhaps, I could be persuaded to do some cover art for some other indie authors out there to show the differences in cut and paste self published covers and genuine design.

I’m not saying that mine is cream of the crop. Is far from it. This is just a test piece that I put together to inspire me. If anything, it’s a template for the final cover. I think it’s a good start. For a test piece that I slammed together in about an hour, I think there’s beauty in its simplicity and the message is conveyed quite well.